Andy.Warhol. Who doesn’t love Andy Warhol?! His avant-garde style has made him one of the most influential figures in contemporary art and culture. You’d be hard pressed to find someone who doesn’t recognize his work. So, of course I had to visit The Warhol museum, especially since it’s located in his native city of Pittsburgh! I got extra lucky because at the time I visited there was joint exhibition with the artist Ai Weiwei in a show titled Andy Warhol | Ai Weiwei. I mean, how does a girl get so lucky?!? 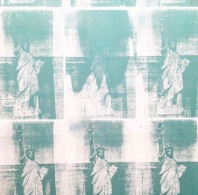 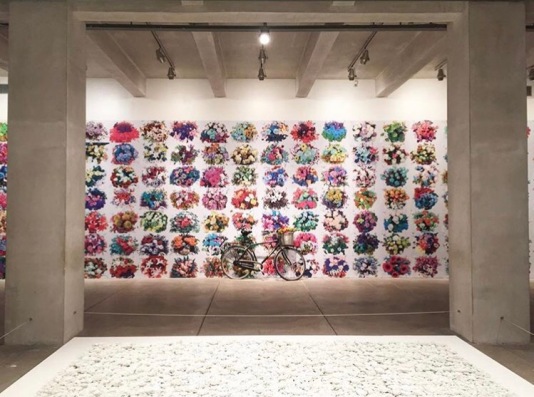 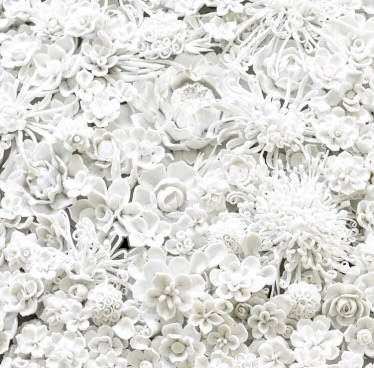 Andy Warhol | Ai Weiwei was curated by The Warhol museum and the National Gallery of Victoria. The exhibition explores the parallels in their works and perspectives.

Ai Weiwei is a Chinese activist in addition to an artist, which lends his work to be thought-provoking just like Warhol. My favorite piece was Blossom, which began as site specific installation where Weiwei filled sinks, toilets, or tubs with white porcelain flowers that were once used by hospitalized prisoners. The contrast is one that appears so delicate against it’s harsh reality.

However, one of the most beautiful Weiwei and Warhol partnerships was demonstrated in the floating balloon display. You enter a room where you can walk among Warhol’s Silver Clouds, which is now paired with Weiwei’s Canoima Balloon and Bird Balloons.

Canoima Balloons speaks directly to a phrase that speaks agains Chinese government censorship. The background lets us know that Caonima translates to “grass mud horse,”which is shown in the shape of the horse balloon. Finally, the Bird Balloons are shaped like balloons in reference to Weiwei’s use of Twitter as a platform for his messaging. It’s one of those displays where you could sit for an hour or more mesmerized by what’s going on.

Needless to say, their pairing was beautiful. I would love to see this exhibition come up again in a new space. Regardless you should make sure you get to The Warhol during your next Pittsburgh visit!

One thought on “THE WARHOL” 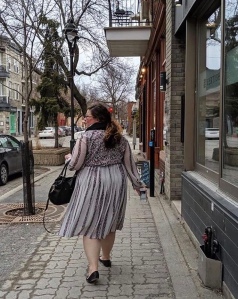 Constantly exploring new places and taking in amazing art and food along the way. Whether it’s a contemporary art exhibit or a hip new restaurant I’m always up for an adventure and I want to take you along. Follow along to get tips, tricks and suggestions for your upcoming travels.

COUTURE AT THE MUSEUM OF FINE ARTS MONTRÉAL