Impactful. That’s the perfect word to describe Ragnar Kjartansson; by far one of my favorite exhibitions that I’ve seen recently and is currently on view at the  Hirshhorn Museum and Sculpture Garden through this Sunday, January 8, 2017. The exhibition draws from experiences with Kjartansson’s family and utilizes repetition to showcase the theme of endurance. 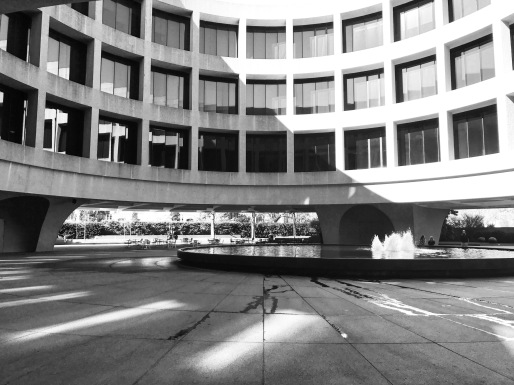 The exhibition at the Hirshhorn features pieces such as, God (2007), where Kjartansson personifies a 50’s lounge singer backed by an eleven-piece orchestra in a room draped with red velvet fabric.

Woman in E,  is a live-performance piece featuring a woman strumming an E-minor chord while donned in gold sequins.

My favorite part of the exhibition is, The Visitors (2012), a nine-screen film of musicians placed individually throughout an old house in what seems to be the middle of nowhere all participating in the same song. You should allow yourself at minimum an 30min to an hour to take in this piece. Place yourself around the room so you can hear different performers from the nine-tracks and immerse yourself in the strength this piece provides. It was one of the most moving exhibits I have seen all year.

“Spellbinding, poignant, and frequently humorous, Kjartansson’s work is at the cutting edge of performance art.” Get yourself to the Hirshhorn this week. Ragnar Kjartansson is only on view until Sunday, January 8!

I enjoy exploring new places and taking in amazing art and food along the way. Whether it’s a contemporary art exhibit or a hip new restaurant I’m always up for an adventure and I want to take you along. Follow along to get tips, tricks and suggestions for your upcoming travels.

A Weekend on the Eastern Shore