The Hudson Valley is on the top of my destinations whenever I have a free weekend. The combination of water, mountains and a cool art scene are enough to make my heart explode. That’s where Dia:Beacon comes in.

I distinctly remember the first time I walked into Dia:Beacon. It is an unassuming space from the outside, but take just one step inside and prepare to be stopped in your tracks. You’ll be greeted with an industrial space filled with some of the best contemporary artists you can find. 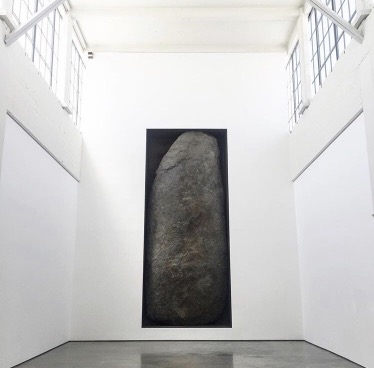 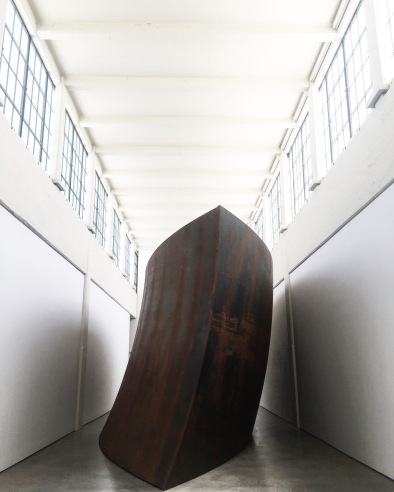 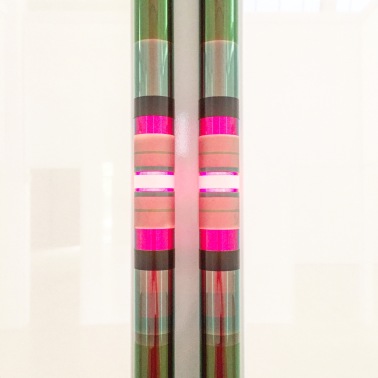 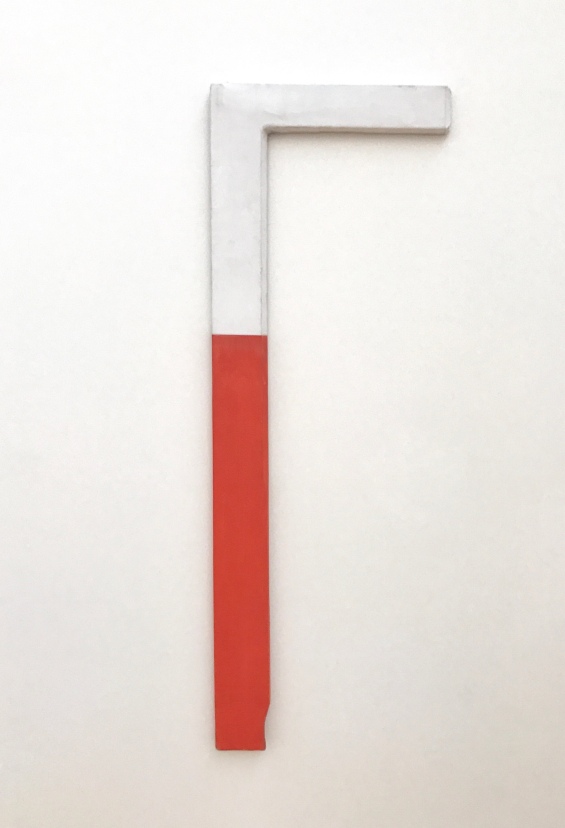 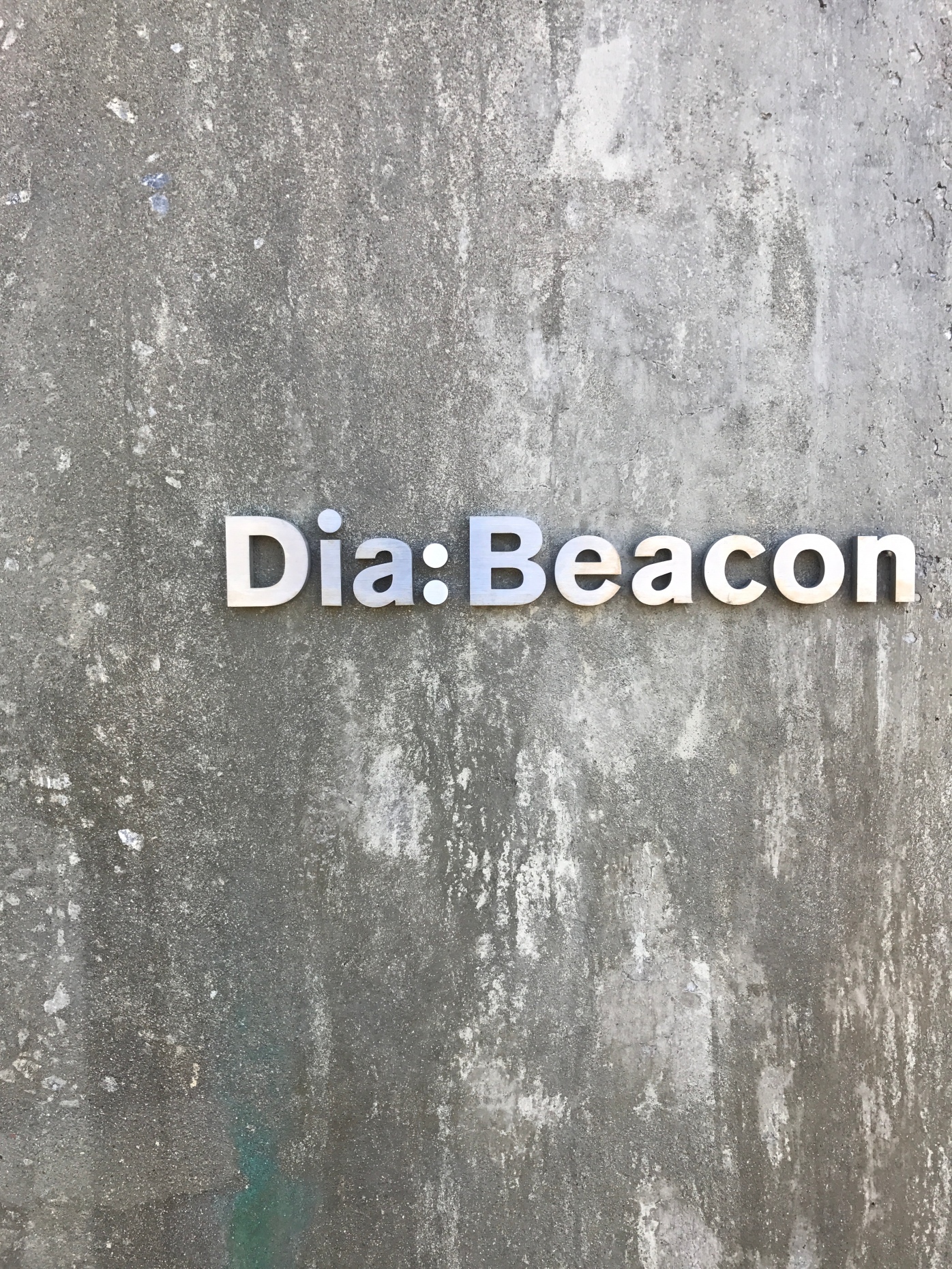 Dia:Beacon is a contemporary art museum located in the Hudson Valley in New York. The museum was mounted in a former box printing factory owned by Nabisco. It’s run through the Dia Art Foundation, which has multiple locations throughout New York and the American West.

Many of the works on display are permanent installations, but they also rotate exhibitions and their collection throughout the year so it’s worth multiple visits. I’m telling you, large scale and site specific art installations are literally what my dreams are made of. Grab your friends and get in a car or the train from NYC and spend the afternoon at Dia: Beacon.

Constantly exploring new places and taking in amazing art and food along the way. Whether it’s a contemporary art exhibit or a hip new restaurant I’m always up for an adventure and I want to take you along. Follow along to get tips, tricks and suggestions for your upcoming travels.

COUTURE AT THE MUSEUM OF FINE ARTS MONTRÉAL

Image 1/3: Then there is the concept of how time doesn’t even feel real right now. And who knows when or if life will ever get back to normal. But I also like how this phrase alludes to hope. Hope that time will tell where we are going. Until then, I am wishing I was still on vacation in London and everyone is happy and healthy. ⠀ ⠀ While time is a theoretical abstraction it is also a concrete reality within human culture, one that is always rooted in relativity. ⠀ ⠀ Time Will Tell, Darren Almond, White Cube Gallery⠀ ⠀ #art #arts #museumweek #contemporary #modern #contemporaryart #modernart #whitecube #gallery #museum #london #londontown #whitecubelondon #whitecubebermondsey #bermondsey #darrenalmond #timewilltell #covid19 #pandemic #quarantine #wewillgetthroughit
Image 2/3: We are all prisoners of the numbers...whether a it’s time in quarantine, time until we aren’t in quarantine. Number of cases reported, number of cases recovered. Time until a vaccine. ⠀ ⠀ Almond draws attention to the way time can frame, structure and inform our understanding of the world.⠀ ⠀ Time Will Tell, Darren Almond, White Cube Gallery⠀ ⠀ #art #arts #museumweek #contemporary #modern #contemporaryart #modernart #whitecube #gallery #museum #london #londontown #whitecubelondon #whitecubebermondsey #bermondsey #darrenalmond #timewilltell #covid19 #pandemic #quarantine #wewillgetthroughit
Image 3/3: On the last day of Museum Week, we are stopping in London; one of my favorite cities. The art, food, architecture, people all grabbed my heart. I was stoked to make my way over to Southwark to get to White Cube after eating some amazing food at Borough Market. Turns out this piece is perfect for what we are going through as a world right now. ⠀ ⠀ Focusing on the idea of time and how it is articulated through the language of numbers. ⠀ ⠀ Time Will Tell, Darren Almond, White Cube Gallery⠀ ⠀ #art #arts #museumweek #contemporary #modern #contemporaryart #modernart #whitecube #gallery #museum #london #londontown #whitecubelondon #whitecubebermondsey #bermondsey #darrenalmond #timewilltell #covid19 #pandemic #quarantine #wewillgetthroughit
Next up let’s pop over to Dublin and the Kerlin Gallery. I just love the small galleries. Exhibitions are usually dedicated to one artist and doing a gallery crawl is one of my favorite things. You never know who you are going to see. Tucked away on Anne’s Lane, you’ll also find an amazing street installation of hanging umbrellas ⠀ ⠀ Liam Gillick, Critical tiles...⠀ ⠀ Drawn from an archive of prints produced over the last twenty years, the large wall graphics express an interest in production over consumption, each one combining medieval woodcuts with a commentary upon conditions of production – artistic and industrial, cognitive and craft-based.⠀ ⠀ #museumweek #art #arts #contemporaryart #art #arts #dublin #ireland #dublinarts #annelane #kerlin #gallery #kerlingallery #liamgillick
Today for #MuseumWeek we are taking two stops. First up, we have to stop and look at All the Flowers Are for Me by Anila Quayyum Agha; a beautiful piece that was in view at the Peabody Essex Museum in Salem, MA. ⠀ ⠀ I don’t know about you, but I am taking every moment during this crazy time to take care of mental health. For me, arts are healing and sometimes you come across a piece that just gives you the right guy of energy. This was one of those pieces for me. You are completely enveloped in bouncing shadows and luminous light. It’s so special. You know, Salem isn’t just for witches. ⠀ Agha describes this work as her effort to create a sense of how women can reclaim and safely open up private space to welcome others.⠀ ⠀ ⠀ #art #arts #contemporaryart #pem #peabodyessex #ma #massachusetts #mass #peabodyessexmuseum #artishealing #shadows #reflection #modernart #yellow #healing #luminous #anilaquayyumagha #persian #turkish #salem #salemma #witches #puritan
Save Me. ⠀ Any time. ⠀ C’est is bon. (It’s so good) ⠀ Merci. (Thank You.)⠀ ⠀ Today for #MuseumWeek we are in Paris. Thankfully I got a trip in January before the lockdown and got to visit the Palais de Tokyo. With every turn you are mesmerized by a new piece that makes you think. Every piece of art here I’ve never seen at another museum. You can find the magic by looking for the neon yellow glow on the Avenue de Président Wilson by the Eiffel Tower. ⠀ ⠀ Fabienne Audéoud’s installation work 'Parfums de pauvres' is a collection of down-market cheap perfume bottles with names that either allude to power, position and character or ”infringe” on the names of the haute-brand originals that they sometimes copy. ⠀ ⠀ #paris #art #arts #contemporaryart #fabienneaudeoud #palaisdetokyo #parfum #perfume #merci #saveme #anytime #itisgood #cestsibon #france #parisian
Now for Stop # 2 in #MuseumWeek today! We’re headed to one of my favorite areas in the Northeast; the Hudson Valley. Magazzino Italian Art is dedicated to Postwar and Contemporary Italian Art and features the collection of Nancy Olnick and Giorgio Spanu. This is the quintessential contemporary art space that feeds all of my senses; amazing contemporary architecture, art you can’t see anywhere else and set in area plush with green and nature.⠀ ⠀ Now onto my favorite pieces ‘Amore e Psiche’ (1981) and View of ‘Mimesi’ (1976-1988) by Giulio Paolini. The layout and coordination of these pieces is gorgeous. This is apparently the most photographed area of the museum and I mean, come on. I can see why. Can’t you just feel the energy in this space?!⠀ ⠀ #northeast #hudsonvalley #coldspring #coldspringny #hudsonvalleyny #giuliopaolini #contemporaryart #modernart #postwar #italian #italianart #art #arts #stark #architecture #contemporaryarchitecture #minimalist #energized #magazzino #magazzinoitalianart #nancyolnick #giorgiospanu #nature #artandnature #artinnature #rainbow #sculpture
Today is a two-parter for #MuseumWeek. First stop is Moco in Amsterdam with Cracked Face (2015) by Daniel Arsham . This piece combines quartz, selenite and hydro stone. You can see chunks of smooth selenite reveal themselves within…⠀ ⠀ Want to see pieces by Warhol, Basquiat, Haring, Koons or Kusama in a building whose accent color is hot pink? Well, they are all here and I am obsessed! Located in the Museumplein in Amsterdam it’s surrounded by culture. I basically went to this area of the city everyday that I was there for my short visit. ⠀ ⠀ #danielarsham #moco #mocomuseum #pink #contemporaryart #art #arts #museums #amsterdam #holland #thenetherlands #culture #sculpture #museumplein #iloveamsterdam #hotpink #warhol #modernart #basquiat #haring #koons #kusama #arsham #quartz #selenite
%d bloggers like this: